My Wife Won’t Talk To Me 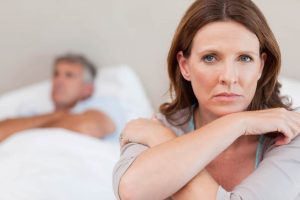 Though it’s often a complaint we hear from a wife that her husband won’t talk, we often receive a request for help from a husband who says, “My wife won’t talk to me.”

It’s all over the realm of possibilities in terms of what this means. Sometimes the husband means that his wife won’t talk to him other than small talk. In other words, the two don’t seem to “have much to talk about” as people say.

Nothing To Talk About?

This is a typical complaint from a spouse or an agreeing couple. We’ve been largely taught to believe that if we aren’t in constant conversation and dialogue with our spouse that something is terribly wrong. That we aren’t close enough or that the person not talking doesn’t care enough about us or that our marriage is broken in some other way. Nonsense.

One suggestion I make to a couple who feels this way is to consciously embrace silence for a time. We live in a world that suffers from live-action attention deficit. I’m not referring to a clinical condition, but simply the result of entertainment overload in everything we experience that has addicted to stimulating our minds with every passing second. We seem to suffer from sudden boredom that comes on when excitement and uniqueness isn’t felt in any given moment. That’s not exactly a good thing.

Whereas it is not best to truly have “nothing” to talk about, the opposite is also true. Forced conversation where artificial prompts are used to keep us talking and producing entertainment for the person opposite of us is no friend to a relationship of any kind. The marriage relationship becomes a needy, performance-based act where both husband and wife are constantly seeking the other to say something that is different, unique, and separate from past conversations or experiences. You’ve heard of speed dating? Well this mindset turns your relationship into a “speed marriage.”

“My wife won’t talk to me,” or “my husband won’t talk to me,” is often the thought process of someone who has been trained by media, self-proclaimed marriage experts, and modern entertainment to chase one high after another in the person to whom they are married. This is also a reason that “date night,” has become so stressful and counterproductive for many married couples. Rather than being married to someone who allows you to simply “be,” many spouses feel that they are on the performance stage at all times. They are to be funny, deep, dramatic, vulnerable, artistic, profound, creative, brilliant, spontaneous, and the list goes on or else we’ve been taught to think that maybe there’s something wrong with the marriage itself.

If you can relate to what is written above, let me suggest to you a different way. What if you became someone who was different from those in your spouse’s other relationships with their forced small talk, societal pleasantries, and dreaded moments without words?

What if you became someone who allowed your spouse to be quiet? If you were different from the rest of his/her day with its busy business backlogs, annoying infomercials, meetings that should’ve been emails, whining children, traffic-jammed speaker-phone deals, and buzzing texts demanding their attention?

What if, when your spouse felt like being quiet, you didn’t push. What if you both embraced the peace of not having to speak? What if you began to grow comfortable just being together and not necessarily talking for periods of time? That actually wouldn’t be such a bad thing. In fact, you might find that you both become less anxious, less stressed, and feel closer to each other. Why? Because you would become for your spouse, and your spouse for you, that person who allowed you to just breathe. For a little bit of time, you’d just be, live, and refresh without pressure from the other to do anything.

Sure, there’s certainly time and need for conversation – even stimulating and deep times of connection and enlightenment – but believe it or not, you can feel those things in silent hugs, lying together staring at the ceiling, holding hands on quiet walks, and car rides where the only sound that can be heard is the engine.

So to the husband who says, “My wife won’t talk to me,” and the wife who says the same about her husband, I say that you might be in a situation where he/she needs for you to be someone who doesn’t demand conversation and doesn’t expect for them to come up with words to fill silent moments. Silence doesn’t necessarily indicate a lack of love, depth, or connectedness and only might suggest it in the minority of situations. Silence in itself isn’t bad and can certainly be a good and healing thing for a husband and wife.

So rather than lamenting and agonizing with, “My spouse won’t talk to me,” re-frame yourself to think something like, “My spouse feels that he/she doesn’t have to be artificial or perform in front of me. My spouse feels that I am someone who he/she can simply and peacefully let time slowly pass as the breeze blows gently against my cheek.”

A deeply intimate couple can share silent moments without awkwardness or discomfort. Don’t make something a negative that doesn’t have to be. Become comfortable with silence and you might be surprised at the depth of conversations that sometimes might follow. But when they don’t, that’s perfectly acceptable as well to a couple who sees the value. 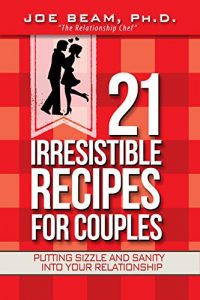