Why Your Pills May Be Making You Angry: Statins Linked to Aggression in Women 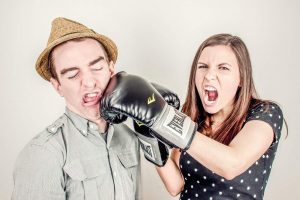 When you take a commonly prescribed drug for a physical condition such as high cholesterol, asthma or acne, or even the birth control Pill, you may be alert for signs of physical side-effects. But such medicines can harbour a more insidious danger: they may make you aggressive, violently jealous, suicidal or even homicidal.

This little understood threat was highlighted this month when researchers found that taking statins to lower cholesterol and prevent heart problems can make some women aggressive and violent, reports the authoritative science journal PLOS ONE.

About seven million Britons a day take statins and the NHS warns side-effects can include headaches, nausea and pain in muscles and joints, but in a study of 1,000 people researchers at the University of California, they also found a link between statins and aggression, particularly in postmenopausal women over 45.

Curiously, the women most likely to become aggressive were normally more placid than average. Among men on statins, however, only three displayed large increases in aggression, says Beatrice Golomb, the professor of medicine who led the study.

The association between statins and aggression has been known for more than ten years, thanks to studies by U.S. and Italian researchers (though this is not mentioned on the NHS Choices webpage on statin side-effects), but it is not yet understood why.

One theory is that lower levels of cholesterol in the brain may be to blame. Studies have shown that violent prisoners are more likely to have low levels of brain cholesterol. full story